Faze: Degrassi’s Ana Golja Becomes A Gymnast In The Inspirational Movie FULL OUT 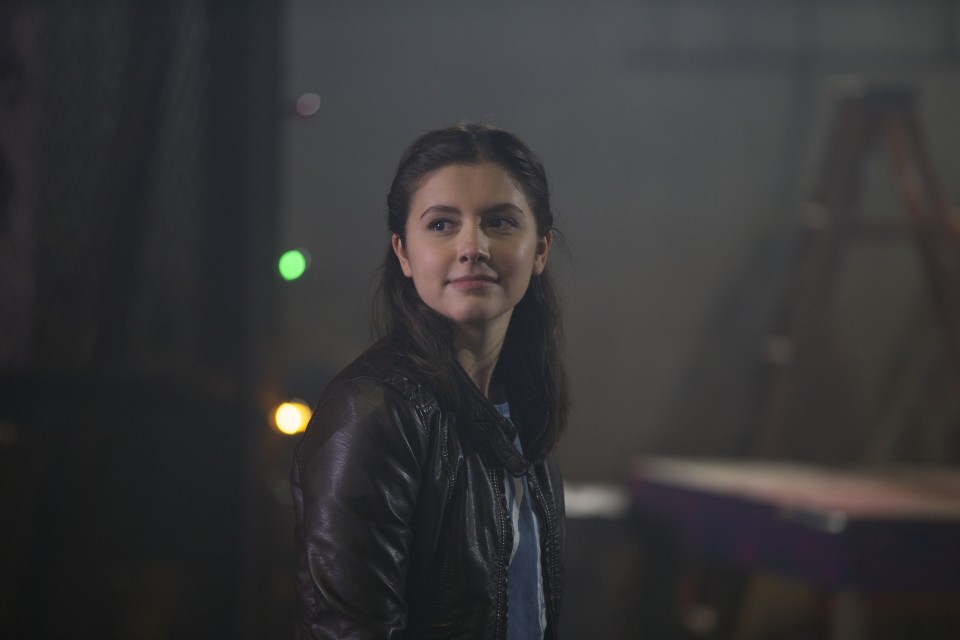 If you’re a fan of the Canadian teen drama Degrassi, which introduced the world to mega stars like Drake, Nina Dobrev and Shenae Grimes, then you likely know all about 19-year-old actress Ana Golja. Ana has spent the last few years playing sassy high-schooler Zoe Rivas on the show, navigating her way through friendship, boy drama and the struggles of growing up in the digital age. We were lucky enough to get to chat with the talented rising star this week, to learn what she’s all about!

Although Full Out is Ana’s first major movie, she already has nearly 10 years of singing, dancing and acting under her belt. Her passion for performing was ignited when she was just nine years old, sparked by a certain curly-haired redhead. “I was a huge fan of Shirley Temple. I absolutely adored her and all of her films. She was the reason I started dancing and performing.” And just like Shirley, Ana wanted to do it all. “I was always interested in being a triple threat,” she tells us, adding with a laugh, “I’m clearly not ambitious!” You’ll even hear Ana’s amazing vocals in the feature song “Feel So Good” from the Full Out soundtrack.

Ana is all about hard work, so she knows how fortunate it is that she truly loves her job and gets along great with her cast mates. “The thing I love most about my job is working with such incredible people. It’s amazing to be around people who are so passionate about what they do. That’s just in addition to the fact that I love the experience of developing a character and giving them traits and really bringing them to life. It’s a real joy!” Ana’s advice for anyone wanting to follow in her footsteps to beat the odds, and achieve the life and career of their dreams? “I personally believe that, if you put in the work and you are driven and passionate enough about something, you can achieve it. You can’t do something half way. Either you go in or not at all.”

In Ana’s new movie Full Out, which premieres on September 11, 2015 on Family Channel, we get to see the actress in a whole new light. This inspirational movie tells the story of real-life gymnast Ariana Berlin, who overcame seemingly unbeatable odds and achieved her dreams of becoming a professional gymnast after suffering debilitating injuries in a car accident at age 14. Ana portrays Ariana in the film, and her passion and dedication to the role is apparent, even on screen. Even though the character of Ariana is quite different from her usual role as Zoe, Ana was able to adapt and really connect to the new character. “I saw a lot of myself in Ariana. We are both very passionate, very driven. We both have that fighting spirit. I felt it was a really inspirational story that had to be told, and I really felt that I could do her justice.”

Whether it’s in relation to her job or her everyday life, Ana is all about going the extra mile. Although Ana had zero gymnastics experience prior to filming Full Out, she wasn’t about to let that hold her back. “Initially the film didn’t want me to do any of the stunts and I completely refused and said…no, no, no…I don’t pull back from a challenge. I rise to the occasion!” So Ana underwent eight weeks of gymnastics training to prepare for the athletic scenes, picking up some new moves (namely a round-off back-handspring!) and a new-found respect for gymnasts along the way. Luckily, Ana’s years of dance training gave her an advantage. “Having a dance background definitely helped. I had the flexibility, thankfully, and I have the ability to pick up choreography, as well as a sense of rhythm.”

If you want to see more of the lovely Ana Golja, you’ll be able to catch her in the upcoming season of the new and improved Degrassi. Undergoing a slight makeover, the show will now be called Degrassi: Next Class and will air on both Family Channel and Netflix. What can fans expect in this updated version of the show? “It’s still going to be very true to the Degrassi that we know and love, however, Next Class is going to go more to the root. We can expect it to be a little more scandalous with the language we’re using, and the content is a little more risqué than usual!”

You’ll have to wait a little while for Degrassi: Next Class, but fortunately Full Out premieres on September 11, 2015. You can catch it this weekend on Family Channel at the following show times: