The film from director Sean Cisterna has secured an expanded U.S. syndication deal, as well as SVOD 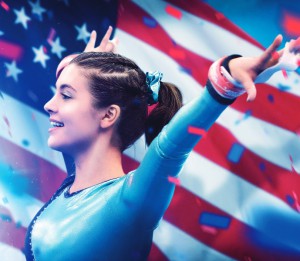 Carmel Creek Productions and Mythic Productions’ Full Out has been acquired by Netflix, as well as picking up a syndicated broadcast deal in the U.S. that will see the movie airing in more than 170 markets.

The film, the fourth feature-length from Toronto filmmaker Sean Cisterna (King of the Camp), will air on national syndicated U.S. television between June 24 and Aug. 31, before debuting internationally on Netflix in September 2016.

The Netflix deal was brokered by DHX Distribution, which holds the rights to the film outside the U.S. and Canada.

For broadcast, the film will air on approximately 195 stations in 173 markets, according to a release from Carmel Creek and Mythic. Among those markets, the film will air on CW affiliate stations in New York, Chicago and Houston, as well as on an NBC affiliate station in Atlanta. The syndication deal was handled by the film’s executive producer Jeff Deverett, who worked with U.S. firm Genesis TV.

Full Out was previously acquired by NBC, airing on two of its affiliate channels (NBC 4 in Los Angeles and NBC 7 in San Diego) last summer. The film tells the story of Olympic gymnastics hopeful Ariana Berlin, whose dream is left in ruins after she is involved in a near-fatal car accident. During her rehabilitation, she discovers hip-hop dance and returns from injury to compete in the NCAA championships.